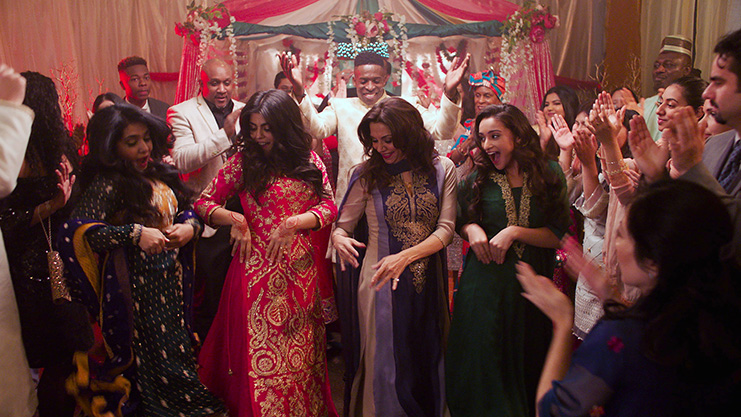 For over a decade, Tasveer has been instrumental in bringing experimental and thought-provoking cinema to viewers in the Pacific Northwest. What began as a heartfelt initiative by two Seattle-based women to encourage conversations about social justice issues in South Asia through screening documentary films in during the post 9/11 era, has now become a major Seattle institution.

Over the years Tasveer has also expanded its repertoire exponentially by hosting annual community-based workshops on trauma processing, and this led to the annual production of the ‘Yoni Ki Baat’ (South Asian take on ‘The Vagina Monologues’), literary festivals featuring South Asian writers and industry panels. And yet, as Rita Meher, the co-founder of Tasveer notes, at its heart Tasveer remains a grassroots organization deeply rooted in the local community. It is this sense of intimacy and connection, as well as Tasveer’s continuing legacy of its focus on social justice, that give Tasveer events a unique cadence.

This year Tasveer’s Film Festival, taking place Oct. 1-24, features 88 films, literary events with 40 authors, comedy workshops and industry panels. The festival brings a wide range of films, from five-minute experimental shorts to full-length features, ensuring that every viewer has something to enjoy.

The opening night featured 7 Days, a film explores the theme of romance and friendship in times of the COVID-pandemic. At the start of the film, we see Ravi and Kiran meeting each other on a blind date organized by their parents through an Indian matchmaking website. As Ravi and Kiran met for their awkward date next to a dried-up reservoir, little did they know that in a matter of hours they would be compelled to quarantine together for the next seven days. What follows is a sweet and funny tale of an unlikely friendship.

Americanish, on the other hand, tells a story of a Pakistani-American family navigating through romance, identity and their place in this American life through their interactions with a visiting starry-eyed cousin from Pakistan who hopes to find a good Pakistani doctor husband in this land of dreams.

Other films like the Blue Bird strikes a more serious note through a gentle portrayal of a young boy and his deep connection with nature, as he struggles to adjust with his new surroundings in a new city.

21st Tiffin, a Gujrati film, stands out in its sensitive portrayal of the self-reflections of a middle-aged housewife, as she navigates her new-found friendship with a young man who is her 21st customer for her tiffin service.

Tasveer’s strength has always been in bringing powerful documentary films that focus on critical issues such as communal violence, caste and gender discrimination and other social issues in South Asia. As Ms. Meher notes, Tasveer’s team works hard to curate good cinema that center important social issues from the many submissions they receive from film directors around the world.

This year Tasveer is bringing a host of both full-length and short documentary films that touch upon as wide range of issues as anti-caste journalism, the Rohingya refugee crisis, the plight of families of the former Tamil Tigers rebels in Sri Lanka, and the life stories of traveling folk puppeteers in Odisha.

A film that stands out among these is Writing With Fire, a top Sundance Festival candidate that focuses on Dalit (caste-oppressed) women journalists and the all-women-run media Khabar Lahariya in rural Utter Pradesh. The film adeptly captures the grit and the courage of these women who document cases of caste and gender-based violence, illegal mining operations, and electoral politics, often armed with nothing but a hand-held smart phone, often at significant personal risks.

The film The Ice-cream Sellers is another powerful film that is incredible in its portrayal of the Rohingyas in Bangladesh in the biggest refugee camps in the world today. It follows the travails of three young children who roams around the camp everyday selling popsicles in exchange for a few rupees, and sometimes half a kilogram of rice, in the hope of raising enough money to perhaps one day free their father from Burmese prison.

The film festival is also screening a huge variety of shorts, some of which are 10-minute-long experimental cinema experiences that aims to capture a moment or a mood, while others are 20-minute-long mini-narrative or documentary features. Many of these films, whether fiction or non-fiction, engage with issues of social justice and activism, with a strong focus on themes pertaining to LBGTQ issues.

Sri Lanka’s Rebel Wife documents the plight of the family members of ex-Tamil Tiger rebels in Sri Lanka. The Wait, on the other hand, is a fictional depiction of a love story in the context of secessionist movement in Assam in Northeast India. The 10-minutes film Unknown Caller delves into the world of online phishing. Thank You, Come Again an undocumented Indian-American store clerk in the context of racially-motivated violence. Roti presents a gentle coming of age story of a young Pakistani-American woman as she embraces her cultural identity while navigating her life in the American Midwest. Happy Marriage is a poignant story of a transgender woman sending the lover of her life to his wedding to another woman. 1978 presents a stylish fictional portrayal of a Goanese rock-star. On a very different note, The Rotation is an animated film that depicts a story of a war between the sun and the humans. The sheer diversity of short films makes it almost impossible to provide a comprehensive overview.

All of these films are available on digital platforms on demand, with a few scheduled online screenings accompanied by live Q&A sessions with the filmmakers. There has indeed never been a better time for watching some good cinema from the comfort of our homes!

Information about the Tasveer Film Festival that runs from October 1 – October 24 can be found here: https://tasveerfestival.org/