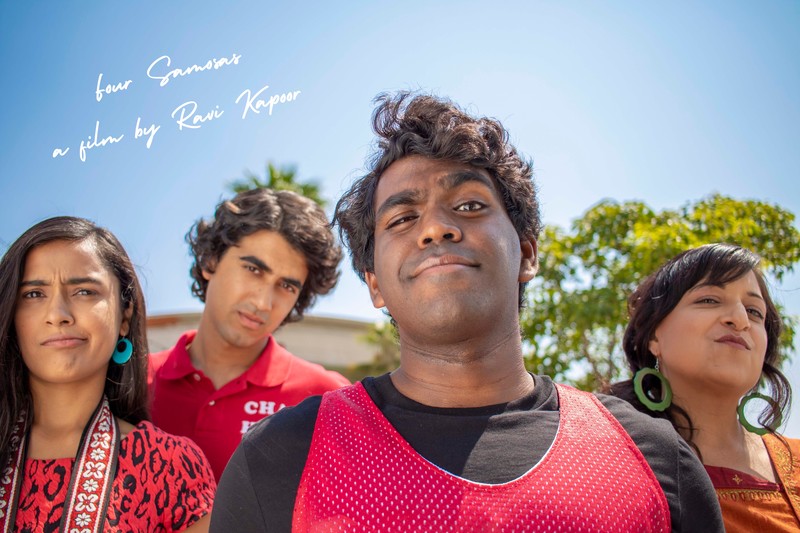 It will also be made available for viewing online November 7 – 20. Catch 102 films in 18 days in five cities screened and discussed with workshops, panel discussions, visiting guests from films in the festival, parties and a deep dive into the state of South Asian film around the world.

Here are some highlights. The Opening Night feature will be “Four Samosas” as directed by Ravi Kapoor. It takes place entirely in LA County’s “Little India” and tells the story of an unmotivated Indian American rapper who learns that his ex-girlfriend (who he can’t forget) is about to get married. To thwart that event, he pulls a heist on her father’s grocery store to steal her dowry and disrupt the engagement. Q & A follows at this in-person screening.

The Tasveer Emerald feature will be “All That Breathes” directed by Shaunak Sen. It looks at the lives of two brothers who dedicate their lives towards caring for a majestic bird of prey essential to the ecosystem of the city of New Delhi. Sen explores the connection between the birds and the brothers and their inter-species coexistence.

The Centerpiece feature will be “Goldfish”by Pushan Kripalani that tells the tale of a British-Indian woman who returns home to find her mother suffering from dementia. Strangers for over a decade, they are thrown together as the daughter finds she must be all things for her mother in the caring process. Along the way she finds new ways to discover a woman she never really knew.

Another film in the festival I found of interest was a documentary entitled “Bangla Surf Girls” by Elizabeth D. Costa and Lalita Krishna. It tells the story of Bangladesh’s first women surfers in an international surf competition who prevail despite the obstacles of society and poverty.

There will also be spotlights on LGBTQIA films, Bangladeshi films, Nepali films, Pakistani films, Tamil films and a survey of Marathi films.

Panel discussions on South Asian cinema today include the following. “South Asian Identity In a Changing World” with the directors of “All That Breathes” and “In Search of Bengali Harlem.” “Virtual Industry Panel: Tasveer Industry Talks With the Programmers of Color Collective” in which South Asian film programmers at world festivals share their approach to the craft of curation and explore the responsibility and ethics of programming. They also shed light on how filmmakers can successfully navigate the festival circuit. “Tasveer Film Fund Virtual Filmmaker Pitch Sessions” is a live virtual event in the Documentary and LGBTQIA categories. “Online Filmmaker Q & As: Speaking Truth To Power” lets filmmakers at the festival discuss the realities of creating content in an age of political oppression, censorship and surveillance.”Online Filmmaker Q&As: Decolonizing Sexuality” lets LGBTQIA filmmakers in the festival explore the perception and depiction of queer identity across global South Asian populations and diasporas.

For complete details on the festival, please go to https://tasveerfilmfestival.org.