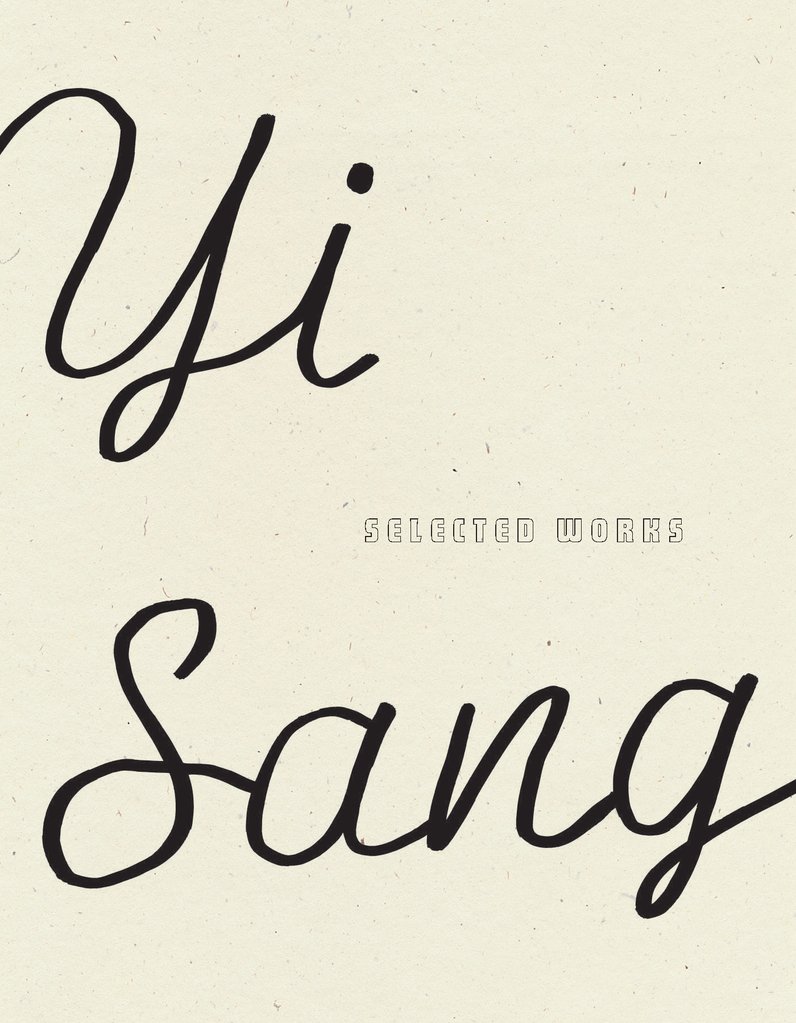 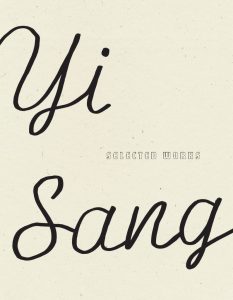 A little over 100 years ago, world literature was rocked by a 20-something Korean writer whose cynical and sly observations, coupled with a surrealist sense of imagery, upended the more formal literary traditions of his time. Largely publishing in Japanese due to the Japanese occupation of Korea, the poems, essays and stories of Yi Sang (1910–1937) shocked his contemporaries and remain fresh today due to his startling choice of imagery and evergreen sense of world-weariness around love, greed, and societal expectations.

Born Kim Hae-gyeong, Yi Sang died of tuberculosis complications after being thrown in jail by Tokyo police for ideological crimes (in those days, they could arrest any Korean of whom they felt suspicious). So, there was more he could have written, if medicine had been as advanced as it was now.

And so, four translators in conjunction with Wave Books have brought together Yi Sang: Selected Works, a collection that includes photos, original language reprints, and historical annotations that bring the very brief life of this unusual writer to our attention.

13 children speed toward the way

(For the road a blocked alley is appropriate.)

The 1st child says it is scary.

The 2nd child says it is scary.

The 3rd child says it is scary.

The 4th child says it is scary.

The 5th child says it is scary.

The 6th child says it is scary.

The 7th child says it is scary.

The 8th child says it is scary.

The 9th child says it is scary.

The 10th child says it is scary.

The 11th child says it is scary.

The 12th child says it is scary.

The 13th child says it is scary.

Among 13 children there are scary children and scared children and they are all they are. (It is better that there is no other excuse)

Of those it is fine to say that 1 child is scary.

Of those it is fine to say that 2 children are scary.

Of those it is fine to say that 2 children are scared.

Of those it is fine to say that 1 child is scared.

(For the road an opened one appropriate.)

It does not matter if 13 children do not speed toward the way.

There’s a kind of rebellion encoded in this surrealist disassociation: who are the scared children and who are the scary ones? Why is the way blocked? How is the road opened? Is Yi Sang talking about the government or something closer to his own mundane adult life? In the end he is left with subverting his own investment and meaning — it does not matter who is scared or scary.

For all of us living through the pandemic, prose poems like “Path” perhaps hit harder:

I cough, spitting air into air with less strength each time. My story is this suffocating walk. My coughs are the punctuating marks made by my shoes. Tedious air decays those marks. I walk for about a page, but before I can cross the railway, I sense someone has been tailing me. A dagger cuts me down. Wounded I meld with the railway forming a cross. I collapse, dropping my coughs. After loud laughter a pungent ink is spilled over my taunting face. My dropped coughs sit on my thoughts. They clamor. Stifling.

Following the sexism of his time, Yi Sang writes of his female loves, muses and wife as flowers, as vomiting mysteries, as toxic and not as real people. But in his essays, he does have a “Letter to My Sister” where it is possible to see him relating to a woman he takes seriously and more down to earth. His younger sister has left Yi Sang and the family to elope and be with her lover in China, risking familial disapproval. To do this successfully, she lies to Yi Sing who was to see her off at the train station, and while it fits the genre of female betrayal Yi Sing keeps returning to in his writing, he really can’t cut her off or make her into a mysterious cipher. He approves of her choice, and yet he to express his ambivalence he has to make a rather surreal image to convey it.

“When I got the wire, I could not help but smile. I am happy for the two of you and think highly of your bravery. You cut me like a blade slicing water.”

Water closes around a knife without suffering harm — so he is saying her wounding is really not a cut at all. But then why cast her action as slicing him? The whole letter is like that — vacillating between tension and support, agreement and still feeling like there was some ghost-cut, some silent rejection of him, after all.

One of his more well-known stories, “Spider&SpiderMeetPigs” the animal and insect characters serve as a commentary on excess, greed and capitalism. Everyone in the story preys on someone else, and the original layout compresses spaces between words, boundaries blurring into other boundaries even as the parasitical nature of all the characters blurs their activities. Time is also blurred: Spider’s wife falls down the stairs over and over in their story as he thinks of her action, it actually takes place, and by the end where he urges her to embrace the falling required by their society to survive.

The last story of the collection called “True Story — Lost Flower” is perhaps most accessible of the book, and the most poignant. It is a snapshot of Yi Sang’s Tokyo life published posthumously in 1939. Snippets of sensory detail, conversation and memories paint the picture of a lonely smoker, someone with many acquaintances but not intimates, and a sense of a life vanishing.

In the end, Yi Sang: Selected Works is not a book to speed through, but digest in pieces, and each historical cross-reference or annotation will send a reader back to the works to think anew on parallels between his time and ours: incurable illness, the highs and lows of love, and a writer’s regret of the shortness of time.